How to start learning programming in a simple way?

You are reading this article which means you wanna learn programming either to get a job in your dream tech company- Google, Microsoft, Facebook or developing your own applications, but confused on how to start? isn’t it?

Frankly speaking, programming is going to be tough in the beginning – you are essentially learning a new language to communicate ideas in! There is ‘no easy way’ to start programming for beginners

Whenever we hear the word ‘Programming’, the first question that arises in our mind, 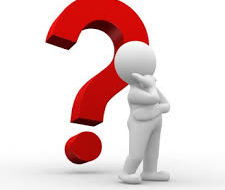 To answer this question precisely, lets first know what programming is

“Programming is a way to instruct computers to perform various tasks”

Let me make myself clear with a set of examples, humans communicate by talking to each other in different languages (English, Hindi, Spanish, French, Chinese). Whenever we need a dress, we ask our parents to buy it for us, and they simply do because they understand our language, our way of speaking.

The same goes for the computers, they too have their languages, and only understand the instructions given in a specific syntactical way known as a programming language. Python, java, c, c++ are some of the languages of programming

Coming to the main question, let’s talk about its difficulty level.

Well, as consultants like to say, ‘it depends.’ Whether programming is hard or not depends on many factors, such as the specific type of programming and how you, as an individual think of it. It can be surprisingly easy as well as insanely hard.

Comparatively, coding is the initial step of developing any software and thus it is much easier and simpler to analyse and understand than Programming.

Here are some of the mistakes that one should avoid as an aspiring beginner:

✔️Practice more, rather than researching

Most of the beginners while researching buy some programming related books which some blog post or website has recommended, or you go to some courses or tutorials on YouTube (or any other resources) to start learning to code.

Tutorials are of course a very good option to start with and beginners find them quite amazing as they are introduced to a lot of cool stuff, and they keep digging into it more and more but the twist comes when they are given live projects to work on their own without any help.

You will then realise that you are unable to apply all the concepts you learned through videos and tutorials. You won’t get logic, and it becomes more confusing and problematic as you won’t understand where to start, how to solve a specific problem or how to build some specific module on your own.

So, the best advice to learn programming in 2020 is to follow the project-based learning approach. It will also help you strengthen your problem-solving skills, which is quite important in programming.

✔️Are you passionate about code?

‘Coding is just amazing, you can do it anytime from anywhere in the world, you get your own financial freedom’

But, if you wanna learn to program only because you think it’s quite cool to become a coder, you will not go too far in it.

Even if you master the art of programming, at some point in time you will find it boring, annoying and quite burdensome. You will start regretting to have to opt for this path and wasting your precious time pursuing it. I am not demotivating you guys, but this is the fact.

I suggest rather than researching what programming is like and what other programmers think about it, you should give it a try.

Luckily, due to rapid digitalization it’s been quite easy to learn anything from anywhere, take up a various short term as well as long term courses online and get a chance to get mentorship from experienced teachers across the world.

Join a course (short term), either from some recognized academy or from a friendly recommendation, after its completion, you’ll finally get an overview of what coding is like and whether you’re made for it or not.

If you are completely unaware of programming, you should learn C programming first. It will give you an idea of what programming is. Learn about compilers and interpreters, and get in line with terms like source code, interpreted code etc. Use a text editor and start with normal codes using operators, learn functions and their return types, learn about data types and data structures like what is an array, slowly increase your level to perform simple transformations on an array, like reversing it etc. Learn about pointers and try to do simple applications.

✔️Never give up while success is just three feet away.

Now, this is the most common, dangerous (kind of) mistake that you are likely to make as an aspiring programmer that is ‘giving up’ because you don’t think you’re smart enough to learn to program. Learning to code has nothing to do with your intelligence.

Yes, it’s difficult to learn programming, not because of who you are, but because there are a lot of topics to learn.

Learnt to accept the inevitable.

Accept that the following scenario is going to happen repeatedly, you’re going to come through a lot of stuff which isn’t going to make any sense to you. Every time you’re introduced to a new topic, you’ll be saying, ‘ what the hell is this, is it making any sense, should I go for it? ‘

If a certain topic is unclear in your mind or according to you doesn’t make any sense, collect more information, study materials, facts related to the particular topic through relevant sources but don’t move any further unless your current doubt is clear.

Of course, it’s possible to teach yourself programming and web development from scratch but the process will take you twice the length of time and it will be a struggle. With a mentor, crucially, you learn best practice, which means you’ll only have to learn these skills once, rather than relearn them again when you join a company or work with someone else’s code.

Follow these steps to start your journey in the world of coding.

✔️Choose the language which suits your taste.

Now the question comes, which programming language is the most in-demand?

No programming language can provide you with the highest salary. It’s the depth of your knowledge and expertise in a particular domain or framework along with several other factors that would decide your salary.

Trying to be the jack of all trades and barely knowing many languages is pretty much useless. You need to be the master of one trade i.e. one programming language and one framework. More importantly, you should have a solid grip on fundamentals like algorithms and data structures. There are various other aspects considered while deciding your salary.

This concludes, opting for the language of your interest will bring you the highest salary.

HTML and CSS are an excellent starting point to get your foot into coding; they are also a very precise option to get your ground into web development. So, if you plan to develop a mobile app you may want to begin with Java or Kotlin for Android and Swift for iOS, For a profession in data science, AI & ML, Python are the languages to study.

✔️Problem-solving skills are essential too.

Remember that programming is not only about learning a language (Python, C++, Java, etc.), it is the ability to solve problems. Also, in a job, an employer needs a problem solver so, during interviews, your problem-solving skill comes first before anything else.

✔️Choose a language and start with the fundamentals.

A lot of beginners skip the fundamentals and jump directly to the shiny tools and technology. That’s not going to work in interviews or building any kind of project. You will become more confused and distracted if your fundamentals are not clear. So firstly choose the programming language you are most comfortable with.

Make programs and build a foundation using your favourite language. If you are in college then colleges are good at teaching the basic concepts else, you can take the help of the internet. GeeksforGeeks, Codecademy, etc. are good to build the fundamentals.